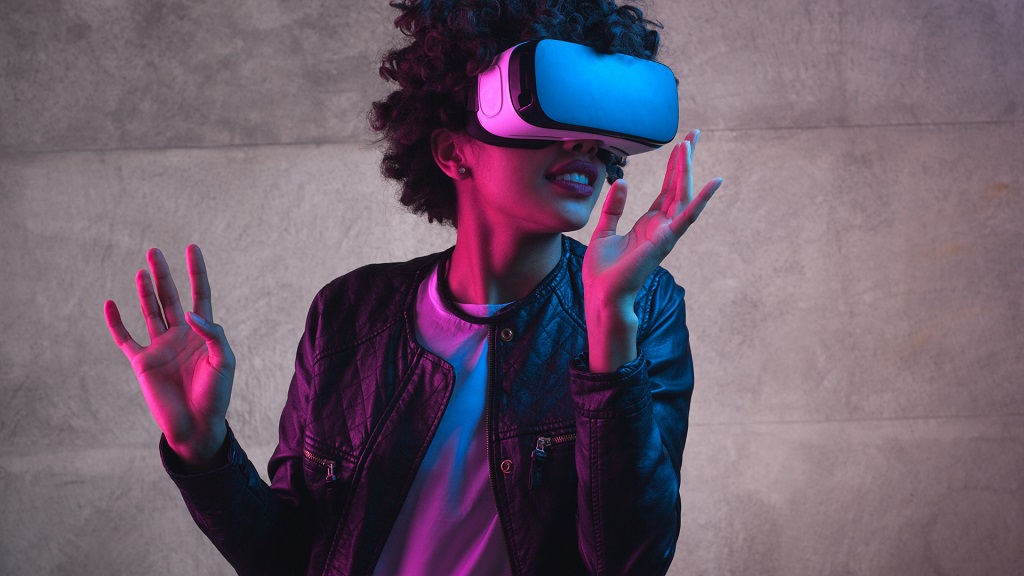 We’ll explain what it is, how it works, and the foundations on which it’s being developed.

So if you want to get a better understanding of this new innovative VR technology, you’ll enjoy this article.

What Is Tactile VR?

Tactile VR is a new form of virtual architecture. Like all VR, it’s a digital simulation built on VR technology. It creates a completely interactive, multi-sensory virtual experience based on sound, sight, and touch.

This makes the digital information that users see and hear seem touchable to them, as well.

How Does Tactile VR Work?

To achieve this level of immersion, full sensory VR is built on old and new technology.

Tactile VR relies on a virtual reality headset and kinetic elements contained in a physical setting or clothing.

An example of this is a haptic digital architectural environment, as well as various virtual reality bodysuits and gloves.

The kinetic elements within these components rouse the human body through various stimulants so that it perceives artificial stimulation as the sense of touch.

Along with the digital information users receive from the VR headset, this haptic tactile technology is what you experience as tactile VR.

But to truly understand how tactile VR technology works, we need to explain haptics and haptic technology.

What Is Haptic Touch Tactile Sense?

Haptics is a branch of science that studies the sense of touch and the way humans and animals use tactile stimulation as a form of non-verbal communication.

The word itself comes from the Greek word ἁπτικός (haptikos), which means: “tactile, pertaining to the sense of touch”.

What Is Haptic Technology?

Haptic technology (kinaesthetic communication or 3D touch) is a technology that’s designed to simulate the experience of touch. Haptic devices may contain tactile sensors and kinetic components that exert a number of various artificial stimulations on the user.

But what are these stimulants?

What Makes Someone Touchable?

The human body, skin, and nervous system sense a variety of stimulants.

According to scientists, human beings can distinguish between three sensory systems:

The combination of your cutaneous and kinaesthetic sense is your tactile perception, while haptic touch is active sensing used for non-verbal communication and object recognition.

The Implementation of Haptic Technology

As we’ve mentioned, haptic technology depends a lot on the artificial sensations haptic devices use to stimulate the user.

It stands to reason then, that virtual reality touch sense depends on all three sensory systems of the human body.

And there are four ways you can implement these senses in haptic technology:

Is weight a tactile feeling? Is movement?

Some haptic technology devices exert force to manipulate the user’s sense of touch. The forces involved depend on the sensory system they rely on to achieve this.

On the one hand, devices that use kinaesthetic are typically passive environments. Think 5D movie theaters or flight simulators.

These haptic technologies manipulate the surroundings of the user according to the digital information he receives through the headset.

On the other hand, devices that exert force feedback can also rely on haptics to manipulate an item held by the user and simulate objects, textures, momentum, and even the physical presence of objects in a virtual setting.

“This broad spectrum suggests the existence of temperature sensors with distinct thermal sensitivities.”

To rouse these sensitivities, some haptic devices use Infrared Radiation (IR). But how does IR use haptic sensing?

Some bodysuits create virtual reality touch sense through tiny sensors that emit IR. As they light up, they heat (or cool) the surface of the body and the user experiences that change in temperature as the result of his virtual surroundings.

As virtual reality gains popularity, it’s easy to see that tactile VR is the next frontier for the virtual experience.

Although there’s a long way to go, in the future, we may see the application of tactile VR evolve beyond VR player bio haptics (feeling explosions and bullet impacts in games).

Innovations such as a full interface touch or touching over the Internet at long distances may become a virtual reality all of us will experience in our lifetimes.

But until then, we suggest that you stay up to date.

Read the latest news, insights, and tips from the world of technology on the Demakis Technologies blog.